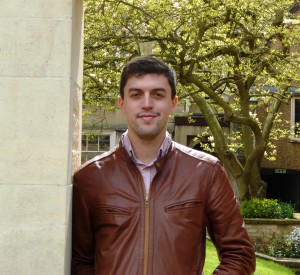 Julien Cooper is an Ancient Historian and Egyptologist, specialising in Egyptian language and historical geography. His research has focused on analysing Pharaonic Egypt’s peripheral frontiers, particularly the Eastern Desert and Red Sea regions. He holds a PhD from Macquarie University, Sydney, and has conducted epigraphic fieldwork in Luxor, Egypt as well as northern Sudan. His doctoral dissertation, Toponymy on the Periphery, analysed place names in Egyptian texts in order to reconstruct the historical geography of the Eastern Desert and Red Sea and document the history of this hinterland and its nomadic inhabitants.

In his current research within the Nomadic Empires Project, he is studying the nomadic cultures of Northeast Africa in the First Millennium BCE until the Arab invasion of Egypt (c. 640 CE), studying such groups as the Medjay, Nobades, Troglodytes, and Libyans with a special focus on the Blemmyes of the Eastern Desert. This work will draw on a variety of epigraphic, archaeological, and linguistic evidence to demonstrate the importance and impact of nomads on the greater history of Northeast Africa and more specifically their impact on the urban civilisations of Egypt and Nubia. The research is paying particular attention to the domestication of the horse and the camel in nomadic societies, and how this may have changed the traditional power dynamics amongst urban and nomadic populations in Northeast Africa and the Sahara.